We were approached by a producer friend of mine at Hawaii News Now early, 2021 to produce a 1 hour documentary-style TV show about the Honolulu Festival, a 25 year running cultural event. Because of the pandemic, the Festival Foundation and their ad agency wanted to do a broadcast as a fundraiser. And low and behold, Harrington Productions got the gig producing the show!

Since 1995, the second weekend of March has been a highly anticipated time for the public to enjoy the Honolulu Festival and celebrate the traditions, arts and music of cultural groups from Hawaii, the Pacific Rim, and nations around the world.

So for the first time in its 27-year history, the Honolulu Festival was presented as a virtual celebration with a one-hour broadcast special that featured clips from past cultural performances, interviews, as well as provide insight about the history of the festival.

Hiroyuki “Keith” Kitagawa, president of the Honolulu Festival Foundation, commented, “This special program will showcase the ethnic beauty of the Honolulu Festival and its timeless message of goodwill, unity and peace among all people. We look forward to bringing the festival back next year when it is safe to gather in person so that everyone can enjoy the wonderful performances and events that make this cultural celebration in Honolulu unique from anywhere else in the world.”

The Honolulu Festival typically attracts thousands of participants, along with tens of thousands of attendees, who enjoy a variety of cultural music, dance and arts presentations, highlighted by free performances, the magnificent Waikiki Grand Parade, and spectacular Nagaoka Fireworks Show. 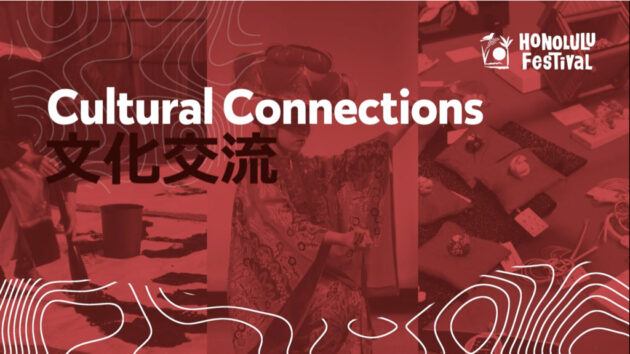 and hired a Maui-based motion graphics artist, Austin Alimbuyuguen to create the “signature look” of the show. But the bulk of the show was editing 8 separate stories from archival footage, photos and stock into a 58 min. show to be aired on 3 Hawaii News Now stations the week of March 13, 2021. I accepted the challenge for a decent sum and had two months to edit the TV show.

I created a collaborative file hub on Hightail where the Foundation 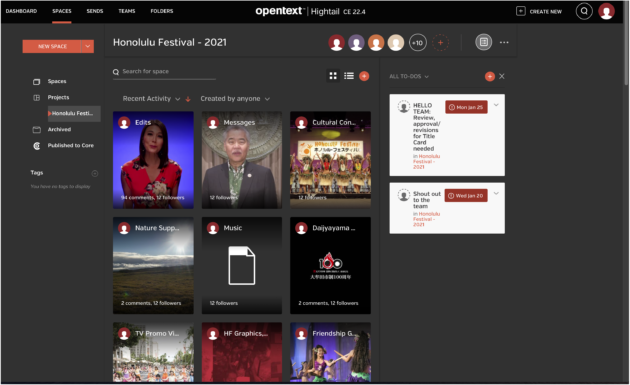 could upload content, approve edits, and the team could communicate which included HNN producers, Foundation directors and agency producers (Anthology Group). All very supportive and quick to respond. Host Ashley Nagaoka’s stand-ups were filmed at the HNN studios and uploaded to me to insert throughout the show.

It was definitely a challenge putting together stories from all the content I was receiving. Luckily scripts were provided, graphics were getting created, along with continued collaborating with the team, revisions, and more editing. Overall, it was really a motivated team effort all the way around. Looking back I sometimes reflect and think, “How did I stay so focused for 2 challenging months?” I can honestly say it was a rewarding experience!

There were many challenges, intense editing deadlines, and new ways of collaborating virtually, but our team was determined to produce a successful show. The Honolulu Festival, Pacific Harmony through Cultural Exchange was a huge success! Not only did we meet the deadline but “the television event was sensational and memorable.” The show premiered on Saturday, March 13, 7:00 p.m. (K5), with encore presentations on Sunday, March 14, 8:00 p.m. (KHNL), and Friday, March 19, 7:00 p.m. (KGMB). In addition to the TV broadcasts, the program was streamed on HawaiiNewsNow.com with Japanese sub-titles. The feedback from the clients and the public has been amazing, and I was so grateful to have produced and directed this significant docu-TV show, especially during those crazy times. Here are some testimonials from clients:

“Aloha Sara, Kevin, Christine, Ashley and the rest of the HNN team,

A high-five-for-all MAHALO for the marvelous, superbly produced special presentation about the Honolulu Festival. Tonight’s show was magnificent at telling the story about the Honolulu Festival, while brilliantly mixing in videos, photos, and, especially – the joy of people! – to convey why this annual celebration is such a memorable and moving experience for participants and attendees.

The show also made me realize how much I have missed the Honolulu Festival these past two years. I’m sure your viewers feel the same way. Again, many thanks for your professionalism, your patience, and, most of all, your sterling commitment to putting together a first-class presentation about a first-class event.”

“I wanted to personally thank you and your team for the production of our first ever TV program.  It has truly been a pleasure working with you and everyone involved these past few short months. It was such an amazing experience to see the pieces of the segments come together like a 1000-piece puzzle. Thank you for transforming our vision from idea to a world class production. I know the show will be a huge success! Kevin is truly a genius producer!  As our story is being told, viewers will gain a deeper and better understanding of the annual Honolulu Festival which is exactly what we had envisioned and anticipated.”

With heartfelt appreciation and on behalf of the Honolulu Festival Foundation, I would like to sincerely thank you for your commitment to deliver our story of the Honolulu Festival’s history, mission, and purpose. The television premier event “Honolulu Festival: Pacific Harmony Through Cultural Exchange” told our story beautifully for the first time to the world. It has met all of our expectations and beyond. Everyone was very pleased with the production. Your production team is truly amazing!

Thanks to the show the Honolulu Festival will reach a new level as it continues to grow and bridge the world together, creating harmony, fostering greater understanding and appreciation among our diverse cultures for the people of Hawaii and visitors from all over the world.”